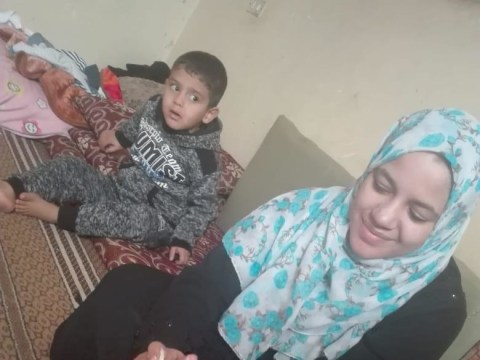 Areej's loan finished fundraising, but these other borrowers need your support

A loan helped to buy more supplies for expanding her vegetable-pickling and baked goods business.

Areej is an 18-year-old Syrian young woman, who is newly married to a man who works as a construction worker.

As most of the Syrian families who had to leave Syria due to war, Areej and her husband have experienced financial difficulties.

To support her husband, Areej started making pickled vegetables in addition to baked goods, which she started to sell to people around her neighborhood. This small business has given her a second source of income from which she can save and secure a better future for her kids, one of them appears with her in the photo.

Areej asked for a loan of 300 JOD from Kiva field partner Microfund for Women to buy more supplies for the business.

Areej dreams of increasing the number of the products she makes and to open up a small store in the future.