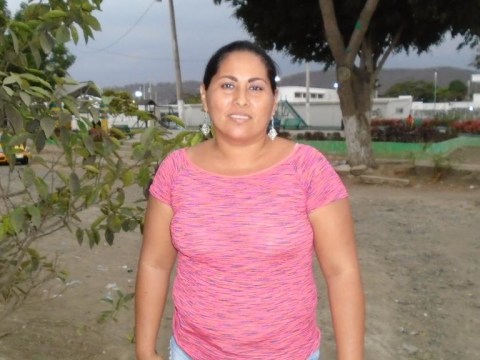 A loan helped to buy vitamins, corn, and drinkers for her chickens.

The city of Portoviejo was affected by the earthquake that occurred on April 16, 2016. This is a city rich in the production of vegetables and tropical fruit for domestic consumption.

Elita, 35, is married and has 3 children aged 13-16. Two of her children are in high school, and the youngest is in middle school. Her husband works as a security guard. The family lives in their own home.

Elita closed down a small grocery store that she had in her house, and now she devotes her time to raising and selling chickens. She raises them until they are grown, and then sells them to merchants and to her neighbors. She sells them live or slaughtered, depending on the requests of her customers, and she also sells chicken meat by the pound.

With this new loan, Elita will buy vitamins, corn, and poultry drinkers for the chickens. Her dream is to see her business continue to grow until she has a poultry farm.