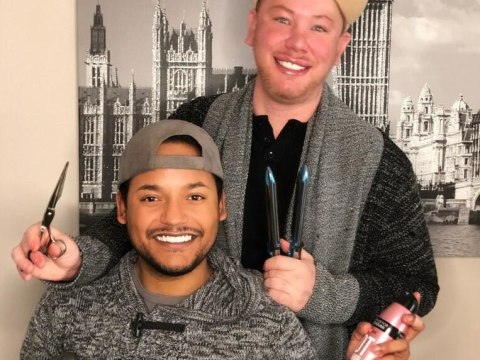 Derek & Bon’Sel's loan finished fundraising, but these other borrowers need your support

A loan helped us expand our special event hair & make-up business into a full-service salon.

My fiancé (and business partner) and I each faced struggles and tremendous pain growing up. I (Derek) was a victim of molestation and spent years feeling alone, which was only made more difficult when I realized as a teenager that I was a gay man. Bon’sel’s mother faced serious health challenges and eventually lost her life after a painful battle with liver disease. Fortunately, we each channeled these misfortunes and pain into strength and determination. We entered our respective fields before meeting each other and are now excited to be joining forces (in life and in business!). Derek started doing hair at 21 years old and has worked for periods in Pittsburgh and Florida, as well as around the country for special events, such as styling a former Miss Gay USofA and winning an honorable mention in the North American Hairstyling Awards. Bon’sel was introduced to the world of style and fashion as a child actor and model, which led him to teach himself how to do makeup. After gaining experience as a makeup artist, he studied cosmetology and added hair to his repertoire. We met at Mad Mex, a well known local restaurant chain, and before too long we were getting engaged in Market Square, a plaza surrounded by some of Pittsburgh’s best known and historic businesses. In July, we launched a business of our own and are looking forward to becoming a part of the Pittsburgh business landscape.