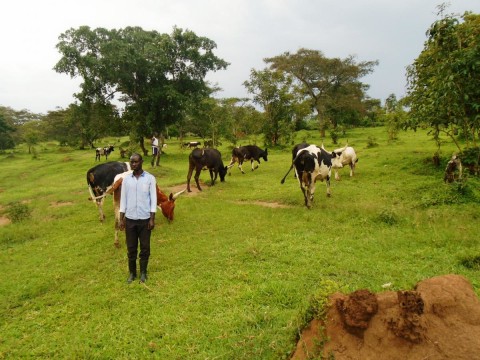 A loan helped to buy more cows for fattening and get more income to improve his family's livelihood.

Godfrey, 37, is married with two children and two dependents who are orphans. He is a resident of Ibanda.

He is engaged in cattle fattening as his major source of income. He also rears diary cattle for milk production, which brings in extra income.

Godfrey applied for a loan of 3,000,000 UGX so he can buy more cows for fattening, that he will sell to generate income. He will also use part of the loan to buy drugs for his cows. His future plan is to buy more dairy cows to increase his milk production. Godfrey appreciates the support.