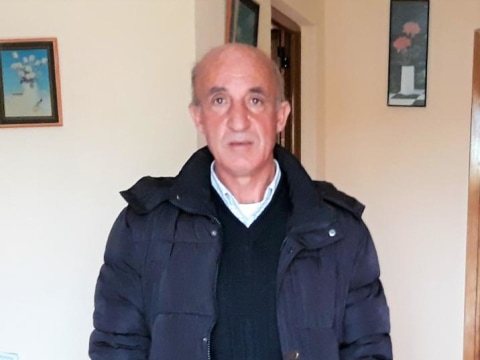 Arbenti's loan finished fundraising, but these other borrowers need your support

A loan helped to pay for his beloved wife's medical treatment so she will recover soon and lead a fulfilling life.

Arbenti is a devoted husband and father of two sons. He lives with his family and his retired mother in a detached house which he has built little by little with the savings of the golden times when he used to work as a taxi driver for the trip Korca city-Athens, Greece, according to him. Now he works in his small town to provide a living for his family. He is a very respected man among his townsman.

Arbenti has come to Kiva lenders for their support because he wants to send his wife to Greece for a medical treatment, as she hasn't felt very well lately. "I want the best for her, but I can't afford, I really hope in your support and I promise to pay on time every loan instalment!" said Arbenti during the interview.