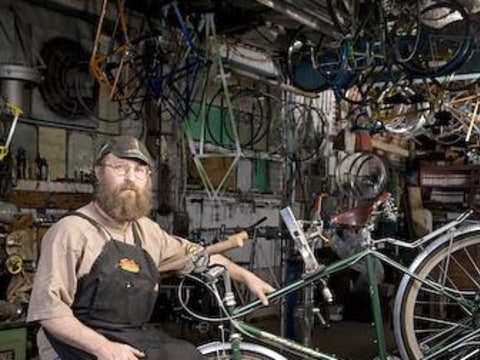 A loan helped us build a demo fleet of our ViewPoint speciality tandem which will improve our marketing efforts and increase sales.

I started a diversified business – penny candy and bike repairs for neighbors -- out of my family garage in Northeast Philadelphia - I was a mechanical entrepreneur at 10 years old. At 13, I was hired at Supreme Cycles in Oxford Circle, Philadelphia. I assembled Schwinn bicycles and learned the fundamentals of bike mechanics and metal work from the store owner who was a machinist in addition to being an entrepreneur. I worked at that Bike Shop until I was 19, and then went to Penn State and studied agronomy and agricultural engineering. I was exposed to a full machine and fabrication shop at the Agriculture School and got my hands into all the fabrication processes. I returned to Philadelphia in 1977 where I started repairing bicycles in East Oak Lane. In 1982, I expanded the shop to also include retail bike sales. I wasn't satisfied with the bikes that were available and started my own custom bike shop, which I coined Sterling Cycle Company. After several re-locations, I finally moved to my current location in Olney in 1992 and renamed the shop Bilenky Cycle Works. I still have the dream of a larger manufacturing operation that can participate in the domestic manufacturing resurgence and creating livable wage jobs and skilled staff. Some of my greatest satisfaction has come from training and motivating a team of motivated fabricators and mechanics. I have also had the great experience and satisfaction of supplying specialty tandem bikes to families and couples with special needs riders. This is the product I want to focus on in the next few years.