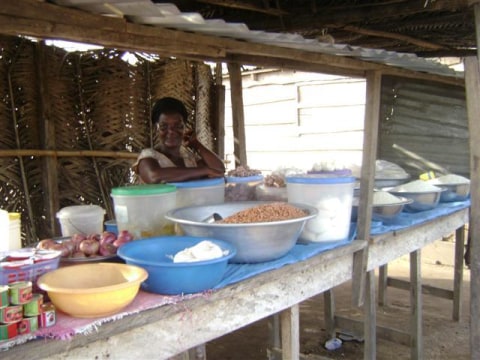 A loan helped To purchase gari, maize, groundnuts and other food supplies for sale.

Esther A. is married and has four children. She has completed junior high school. Esther sells gari, maize, and groundnuts at Teterem near Elmina, which she has been doing since 2004. Her husband is a plumber. Esther uses her income to support her husband in the payment of school fees and utility bills. Esther will use the loan to purchase gari, maize, groundnuts and other food supplies for sale. With the new profits from her expanded business, Esther plans to use it to build a house.