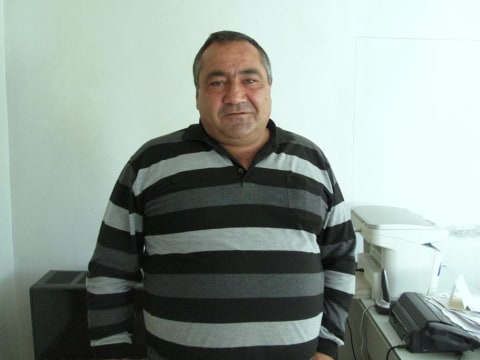 A loan helped to pay for his lovely wife's course of treatment in the hospital and he greatly hopes for Kiva lenders' support in this case.

Davit is 49 years old and lives in the village of Semyonovka of the Gegharkunik region. He is married and has a son and daughter. Davit used to work as an inspector in a national park of his region long term. Since 2004 he has been working in his village municipality. At the same time Davit and his family are engaged in farming. He grows vegetables and fruits and takes care of cattle, piglets and chickens.