Want an easier way to do good? Sign up for a Monthly Good subscription today! 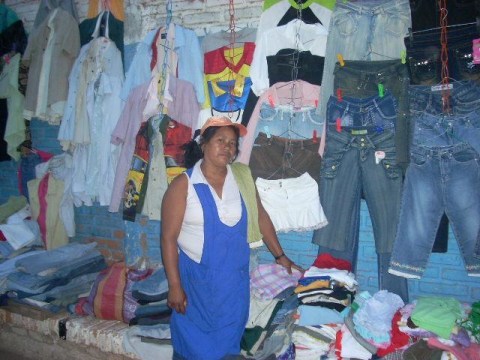 A loan helped Invest in an established business.

Mrs. Aida is the mother of 3 children, and separated from her husband a year ago. She has worked for the past 5 years selling American clothing, mainly shoes, in the Rotunda del Plan 3000, a heavily populated area in the city of Santa Cruz. She lives in a house in Anticrético. Before separating from her husband, they managed to save $5,000 US to rent that house. She currently maintains conctact with her husband, and thanks to their children, their father is not neglecting his responsibilities as the father of the family. She counts on her son to watch after his younger siblings while she sells her merchandise every day. She belongs to a group called 'Amanecer' ('Sunrise').

Her dream is to be able to buy the house where they are currently living; for this reason she is working long and hard. She is a new client in our institution and was referred by another client.