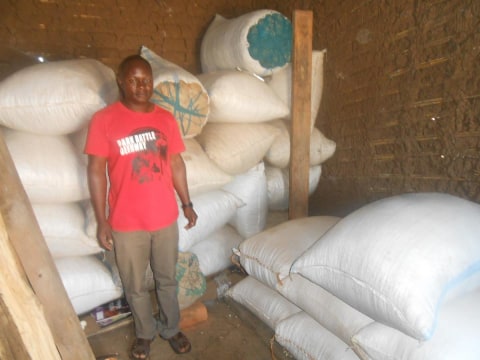 Gerald's loan finished fundraising, but these other borrowers need your support

A loan helped to buy more maize to sell.

Gerald was born in the year 1979. He is married with six school-going children and lives in Kyenjojo, Uganda.

He operates a produce store business where he sells maize and beans, alongside rentals to supplement his income. He says he was inspired by his brother, who operates the same business and is successful.

Gerald hopes to expand his store, though he has a challenge of little capital. He is requesting a loan to buy more maize to sell.