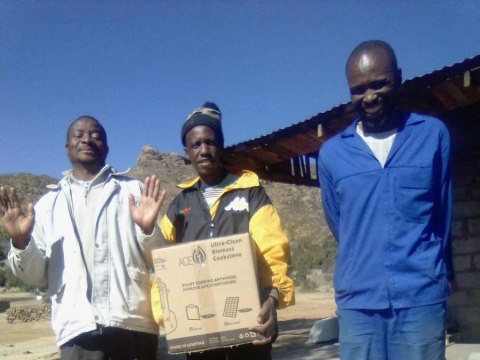 A loan helped to pay for the ACE1 clean cookstove.

In this area, most people survive on subsistence farming, mostly producing maize and sorghum, and the community is very close in that one can go to their neighbour to ask for salt or sugar; almost everyone knows everyone. When Richard heard about the ACE1 stove, he called his neighbours to see what the stove does, as he believed it would ease their lives.

With this stove, Richard will no longer struggle to charge his mobile phone, and his family won't go to collect wood as frequently as before, as the stove uses 70% less wood.

Richard and the others in the group have kindly requested a loan from Kiva lenders so that they can pay for the stoves. This is their first loan request, and they have promised to pay back if the loan is granted.


Visit www.africancleanenergy.com or our Facebook page: @AfricanCleanEnergy to find more about the stove.