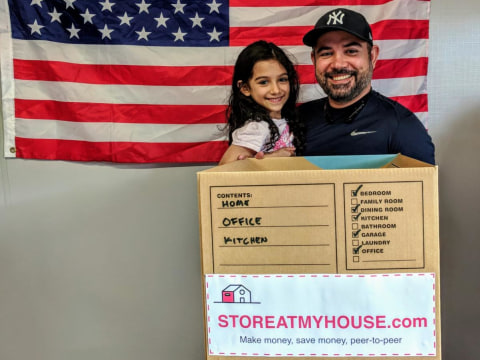 A loan helped fund a marketing campaign for people to learn about StoreAtMyHouse.com, a marketplace for home-based self storage.

I grew up in a small village in Guatemala where everyone knew each other where community meant everything. If someone needed help, we would lend them a hand. If someone was hungry, you'd offer them a meal. Once I became an adult, I left the village and realized that my education foundation was very weak. It took me many years to graduate university but in the meantime I learned to hustle. Perhaps this is where my entrepreneurial spirit came from. Before graduating, I had my own IT business for several years and employed up to 5 technicians but due to my father having a heart attack, I was forced to shut down so I could go back to Guatemala to take care of him until he fortunately made a full recovery. I went back to university and finally graduated. I eventually became an IT Project Manager and have settled down to the point where I can, for the most part, fund my idea myself but my measly salary won't be enough to find the marketing of what will eventually become a large marketplace. Service towards others has always been something I've closely held to heart. I sincerely hope to make this business idea a success so I can serve my community in a much bigger way.