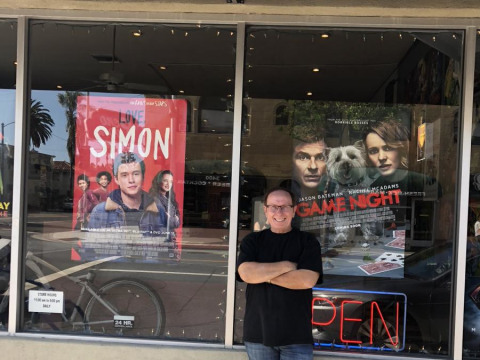 A loan helped Broadway Video to invest in expanding our inventory, increase our product promotions and advertising, upgrade computer equipment, complete store repairs, create jobs and keeps this store open for another 38 years.

I am a people person and I enjoy making people smile. When I grew up in a small town in Pennsylvania, I noticed the absence of the entertainment industry. I grew up listening to Motown and later the best of the disco era. This love of music and entertainment, that I developed as a child, became my motivation professionally. I moved to the west coast and started working in the music industry managing several record stores in San Francisco before moving to Los Angeles. In Long Beach, I owned a record store for 16 years, and I have managed retail stores for a total of 30 years. I spent much of my life working on many levels of the business, music and entertainment industries. My track record includes radio, sales, promotion, remixing and producing music, artist management, retail, banking, and music and movies. I have been part of Broadway Video for 18 years as the manager and buyer before I acquired it 10 months ago,