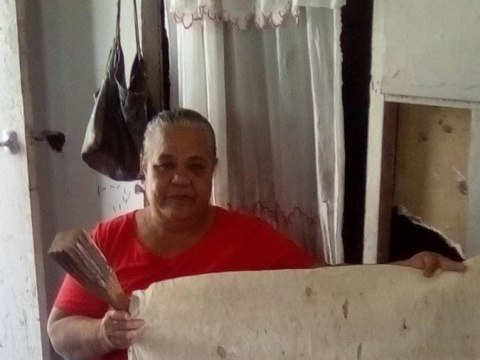 Nola's loan finished fundraising, but these other borrowers need your support

A loan helped to buy some raw materials such as mulberry for her business of making tapa.

Nola is a 63 year-old, married woman with five children and eight grandchildren. She's currently running her business of making tapa. She's running it at her home. She does not employ people but she is only helped by her own family. When she finishes making her tapa, she sells it out at the market to earn money for her family.

Last February, Tonga was struck by a very strong cyclone named Gita, which affected most of Tongan people's lives. Nola's house and business were both affected by the cyclone, from which they are still in recovering. She applied for her loan from SPBD and is using it to recover her business and also to overcome her challenge of lack of raw materials for making tapa. She has a vision for the future if she can earn some more money to build a new house for her family.