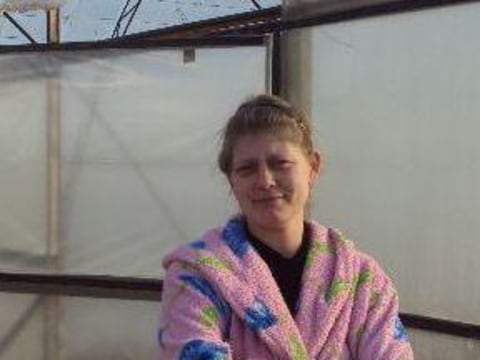 Svetlana's loan finished fundraising, but these other borrowers need your support

A loan helped to repair her greenhouses and buy plastic film to cover them.

Svetlana is married with two children. She has been growing produce in greenhouses since 2008. She grows tomatoes and cucumbers for wholesale and retail both in and outside her region. She brngs in two harvests from her plot of land - an early one and a late one. She currently has 2 small, 2 medium and 2 big greenhouses. All of Svetlana's greenhouses are made of metal.