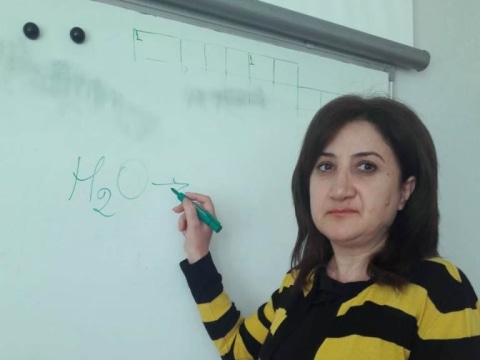 A loan helped to pay for pedagogical training courses abroad and cover her travel costs.

Arevhat is 47 years old and lives in Sevan city, Gegharkunik region. Arevhat is not married and lives with her parents and son.

Arevhat has a higher education and is a chemist. For 14 years already, she has worked at a school as a Chemistry teacher of chemistry. She also has a group of pupils that she gives paid private courses in her subject so that they are prepared for their entrance exams.

Now Arevhat has an invitation to take part in pedagogical training courses abroad. Arevhat will use this loan of 1,000,000 AMD to pay for the courses and also to cover her travel costs.