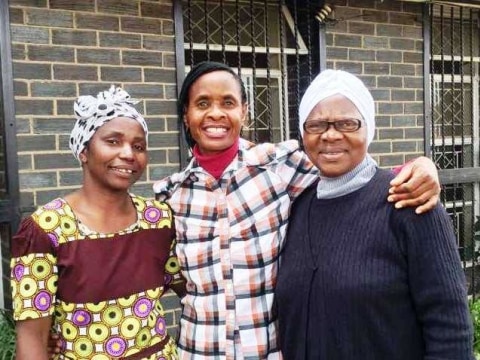 Women Arise Group's loan finished fundraising, but these other borrowers need your support

A loan helped to resume her poultry project to supplement her income.

Cathrine is a 63 year old lady residing in Harare. She is a widow with two dependents who she has managed to take through tertiary education with the proceeds from her business.

Cathrine used to rear poultry at her house, supplying local individuals and canteens. However, she has diverted to a transport business. She has two commuter omnibuses that carry pupils to and from school.

Together with her friends, they formed a group called Women Arise. The group has been with Thrive Microfinance since 2013. Cathrine used her previous loans to service her vehicles and add another commuter omnibus since she had only one. The group is left with three members and they recently received their tenth loan. Cathrine used her portion to resume the poultry project to supplement her transport business.