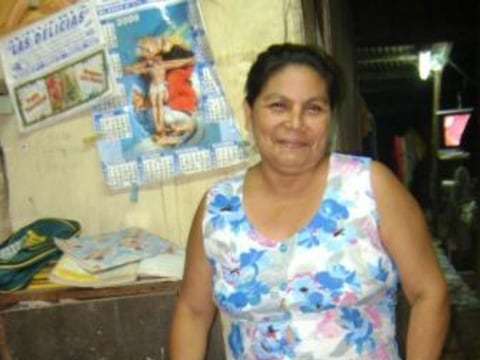 Ilmer V. is a persevering and hard working woman who lives in the city of Pucallpa, Ucayali region. She is 48 years old and the mother of four children, two of whom are adults.

Ilmer sells clothing at her home with the support of her husband who is a teacher. She has been a member of the Community Bank "Las Divinas" for the last three years; the first loan she received was for 300 soles which were invested in candy.

She is asking for a loan of $875 that will be invested in the purchase of clothing for men and women that she will sell to her neighbors and friends. Mrs. Ilmer's goal is to build a house.