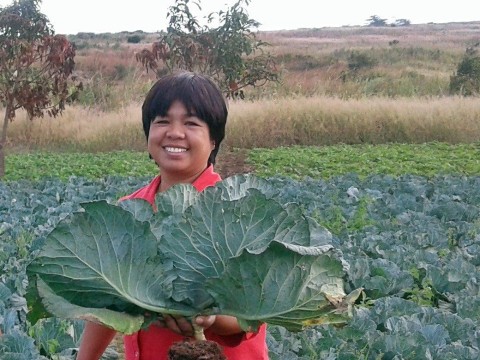 Melba's loan finished fundraising, but these other borrowers need your support

A loan helped to purchase a truck which will help with distribution of inputs.

Melba is a very active and hardworking 48-year-old woman who acts as a catalyst for the rural development in agribusiness in Ribaue. She enjoys working with her husband and the community, whom she helps evolve by giving training on agribusiness.

Melba has two children, both going to school. She dreams of one day owning a well-established business as a supplier of agro-inputs, commercialization and exportation of agricultural products.

She plans to first build a shop where she will sell her inputs, as well as a warehouse to keep the products. Once the warehouse is built, she will go on to become a cereal aggregator and also a distributor of agro-inputs in the northern region of Mozambique.

With the help of the Kiva loan, she will be able to make one of her plans come true by purchasing a small truck that will allow her to distribute inputs throughout the regions surrounding Ribaue and further north, where it is harder to access with small cars. The highly productive areas are the ones which are harder to reach because of the lack of built roads.

Melba believes that she will be able to help small farmers grow and she would like to be a part of the change in their lives.