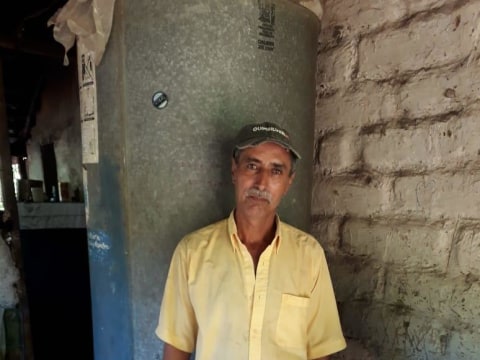 José Ramiro's loan finished fundraising, but these other borrowers need your support

A loan helped to purchase a metal granary to store the corn he grows.

José is partnered and his partner works at the household tasks. He has 3 children, of whom 2 live with him.

José works in agriculture and learned the trade from his father. He travels by bicycle for an hour to get to the plot where he plants and works from 6:00 in the morning until late.

In addition, he is a mason and previously worked in fishing.

José will use the loan to purchase a metal granary to store the corn he grows.

He dreams of having good agricultural production and that his children have a better future.