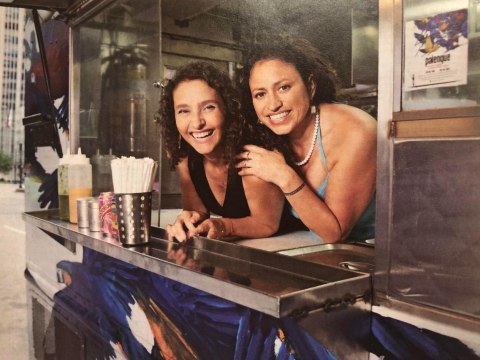 Vivi And Nena's loan finished fundraising, but these similar borrowers just need a little more help to reach their goals!

With over 10 years of experience as a chef, a restaurant owner, and fashion designer, Vivi has the confidence, ability, and passion needed to create a successful enterprise. In the 1990´s, she formed an alternative-clothing design company, in Bogota, Colombia called Loco Modo. This process was inspirational, and as Vivi has always been fascinated with food and cooking, she decided afterward to open a small restaurant, serving Thai fusion in Bogota. When Vivi relocated to the United States, she created an exclusive lunch menu directly out of her home in Brooklyn. Vivi describes this business as a traditional Cuban Ṕaladar, which refers to self-employed chefs that serve food they are passionate about in a casual and neighborly environment, typically out of their own homes. In 2000 Nena arrived in NYC and began a degree in film production. After finishing her degree, Nena became involved in NYC based audiovisual production companies from her native country of Colombia, as well as working for local theatre as a producer and light technician. After gaining experience in NYC, Nena decided to move back to Colombia to work in television. Unfortunately, Nena was badly injured in an accident and was forced to return to the US for extensive surgery. As when she recovered, Nena and Vivi decided to form a business together, buying a food truck named "Palenque" and cooking healthy grain inspired arepas with a Colombian twist. They have been in business since 2012 and have been largely successful, partaking in local foodie events, and being a healthy staple in Brooklyn. Being hard workers and inspired by their success. Vivi and Nena dream of opening an arepas factory. They hope to create food that is both delicious and healthy and dream of further expanding their brand throughout NYC and the rest of the US.