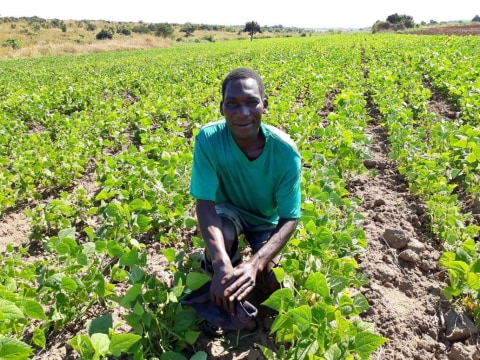 Arone's loan finished fundraising, but these other borrowers need your support

A loan helped to buy a Water Traveler, an irrigation system that will improve his production.

Forty-three-year-old Arone lives in the province of Manica with his wife and four children. He has been a farmer for quite some time because he enjoys the activity and tries to teach and implement new techniques on his farm.

For the future, Arone plans to expand his production area and be able to produce 20ha of maize and 12ha of soy and beans. For this he needs an irrigation system that will cover all that area.

Arone’s challenge at the moment is finding a reliable irrigation system to enable the expansion of his production area. That is why he decided to get involved in a partnership with a local businessman to produce locally certified seeds. He believes that with the help of the loan and the new irrigation system, he will be able to increase his production which in turn will help with the increase in production area. This goes a long way into providing inputs and job opportunities in the region.