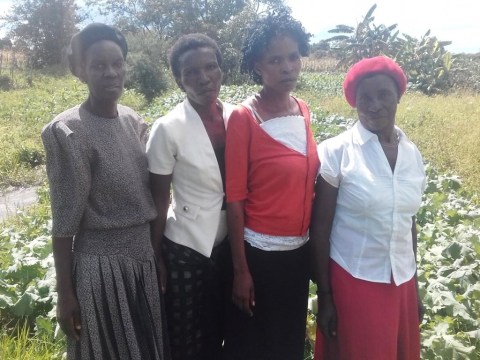 Masarirei Group's loan finished fundraising, but these other borrowers need your support

A loan helped to restock garden inputs and tablets for resale.

Otilia is a 45 year old woman who is optimistic about her business expansion. She has an experience of eight years in horticulture. She resides in Dune village, Chihota.

She grows viscose and tomatoes and currently she is utilizing half a hectare. Apart from horticulture, Otilia sells tablets and herbs. She restocks herbs and pills from Harare.

Otilia wakes up around 6 a.m. to perform her garden work and knocks off around 11 a.m. and she only goes four times per week. She believes hard work and perseverance are the major keys for survival in business.

Otilia has three children for which two are school going and is married to a farmer. Otilia however faces challenges of sometimes running out of pills as demand is constantly rising. She also wants to expand her garden but she is facing challenges of lack of inputs. She then received a loan of $300 to restock garden inputs and tablets.

She is a member of Masarirei group which is based in Dune Village, Chihota. The group consists of 4 women who are eager to expand their businesses.