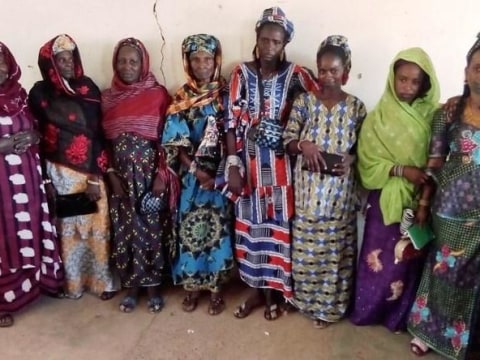 Thiembou's Group's loan finished fundraising, but these other borrowers need your support

A loan helped to buy sheep for fattening and resale.

This group of nine women has been in existence since January 2017. The group members live in the same village and are connected by solidarity and family ties. They raise livestock and work as vendors; their first loan has been successfully repaid.

Ms. Thiembo, 25 years old, is the group representative. She is the one standing on the right raising her hand in the photo. Thiembo is married and has one son. She raises sheep and cattle; she buys her animals at weekly markets and keeps them by her home. Thiembo would like to buy four sheep and two bulls for raising and reselling five months later, to have a good profit margin. Thiembo revenues will allow her to cover her needs and expand her livestock.