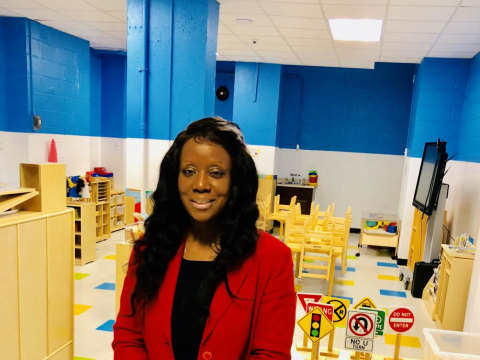 Tonia's loan finished fundraising, but these other borrowers need your support

My early childhood life began in Brooklyn, New York, Red Hook Housing Projects. When I was 5 years old, my father after serving in the United States Air Force moved our family to his hometown of Orangeburg, South Carolina and I lived there until the age of 17. Through my adolescent and teenage years I admired my father’s tenacity as a businessman. My mother supported the business and provided a safe and nurturing home for my siblings and I. My father received a kidney transplant that prevented him from continuing to operate the business. This eventually led to the loss of the business. I joined the United States Navy and after completing Academic School, I returned to New York to pursue a career in Nursing. I obtained a job on Wall Street as a Margin Secretary during the day and attend Nursing School in the evening at Long Island University. Years later, I relocated to Richmond, Virginia and continued my studies in Nursing. I attended Virginia Commonwealth University while working at the Medical University of Virginia in the Neonatal Intensive Care Unit as a Secretary. During this time, I also became a member of Delta Sigma Theta Sorority, Incorporated. After returning to New York, I enrolled in Long Island College Hospital School of Nursing while working as a secretary for the New York City Housing Authority. Ironically, I was now attending a school of the hospital where I was born and working for an agency where I lived. I became a mother to a beautiful daughter. As a single parent it was difficult but I kept striving to be the best mom. I shifted from nursing to education and became a Biology teacher. I received my undergraduate degree and several Masters in Education from Pace University while working at Verizon.