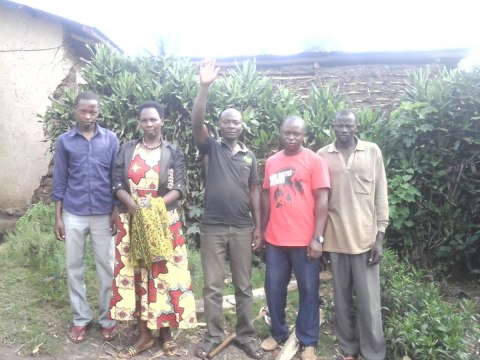 A loan helped to lease land to plant maize on a larger scale.

This is Kanyigaramire Twimukye Group, which is located in Kagadi. It consists of members who carry out different economic activities with a common goal of wealth creation. Mponoka, aged 36, is married with three children who attend school. He is into agriculture, primarily maize growing. He was inspired to work in agriculture by his father who did the same, and he has never regretted venturing into it because it is paying off. Mponoka opted to grow maize because it takes a shorter period of time to mature, which means that it brings in money more quickly and its market is readily available. He also engages in the coffee trade, which brings in extra income.

With a desire to increase his harvest to meet the high demand, he has applied for a loan from UGAFODE to lease land on which he plans to plant maize on a large scale. He is hopeful that his supply to milling factories will double which will bring in more returns. Mponoka sends his gratitude to lenders for empowering farmers to realize growth.

The extra person (on the far right) is still saving with the group and is not borrowing this cycle. He signed the waiver form.