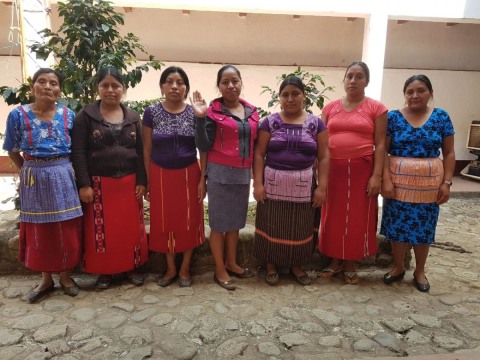 Hortensia 4 Group's loan finished fundraising, but these other borrowers need your support

Regina is 23 years old. She was raised by her parents, but with scarce resources.

Her parents wanted her to study. She began studying but quit studying when she was nine. She told her parents that they only have enough income for getting food for their family, and that she wanted to help them.

She began selling enchiladas and atole in the streets. She helped her mom a lot, until she got married at the age of 20 years old. Now they have a daughter.

When she married, her husband and she began a small grocery store. A friend told her that in Chajul there was an association that helped women by giving credits. This year, she will get her fourth credit.

She has invested all of them in the grocery store. This year she will invest her credit buying soap, candies, pasta, sugar, salt, sods, eggs, and soups.

The store is their basic sustenance. Her husband works, but his income is not enough to enough to cover the family needs.

Regina is the leader of Flor de Hortensia 4. The group is integrated by seven women, four from the Ixil Maya ethnicity and three from the Ladino ethnicity.

The group will use their loan for retail (57.1%), food (28.6%), and services (14.3 percent). On average, each member of the group has three children. The average age of the members of the group is 30 years old. Sixty-three percent are illiterate, and 37% did not finish their primary education.