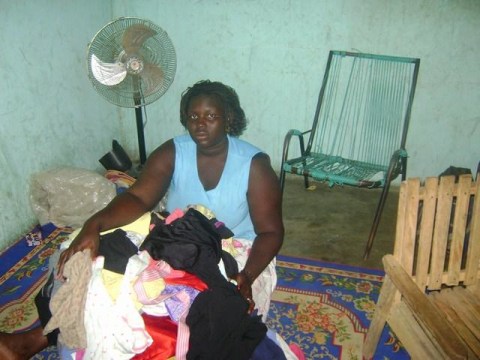 Tatia's loan finished fundraising, but these other borrowers need your support

A loan helped To buy bales of used clothing.

Ms. Tatia Koné is 22 years old, married, and the mother of two children. She is renting with her husband and children and several other families in the Missira district of Ségou (3rd administrative region of the Republic of Mali). She didn’t attend modern schools due to her father’s refusal, since he is a fervent traditionalist who wanted her to attend Koran school instead. Tatia is from a family of merchants, with a father peddling cola and a mother who used to sell various goods in a shop. Very early on then, she began working in commerce with her mother for several years. She has thus acquired solid experience in it. And so, she decided to advance on her own by embracing commerce in second-hand clothing (outfits, footwear, brassieres, etc.) For three years, she has enjoyed a large customer base. With plans to increase her business capital, in order to realize more profits, she turned toward Soro Yiriwaso. She has been associated with this micro-finance institution for 12 months. After having properly repaid her first individual loan, she is now on her second loan, which she intends to use to buy five bales of used clothing. Her supplies are gotten in Bamako and from Burkina Faso. Sales are made in cash or on credit to customers composed of women and men. With this loan, she plans on realizing a monthly profit of 60,000 francs CFA. This will enable her to clothe herself, to pay for kitchen utensils, and to help her husband to cover family expenses. Her ambition is to build a house in which to live.