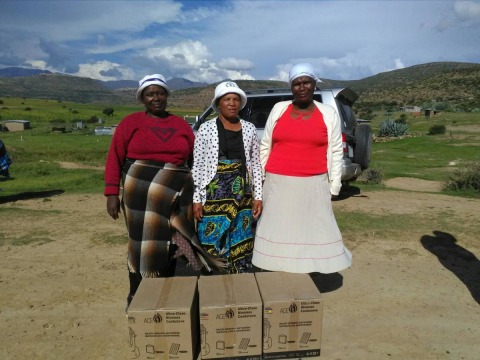 Selemela Group's loan finished fundraising, but these other borrowers need your support

A loan helped to purchase an ACE1 cookstove.

Masarele is a 68-year-old widow with four children between the ages of 27 and 46. She also has seven grandchildren between the ages of 1 and 22. Masarele lives in a two-bedroom house with no electricity. She is unemployed, so her children are her source of income. Masarele’s village is on the outskirts of Mohale’s Hoek, which lacks services such as clean running water and electricity. Prices for commodities are high and access to transportation is another major hindrance since one has to wake up very early to catch a taxi into town.

When she saw an ACE1 stove in her village and how easy it was making other people’s lives, Masarele wanted to get one for herself. At the moment, she has to walk long distances to collect wood for cooking. Sometimes she does not have enough money to buy candles, so she sleeps in the dark. When she gets an ACE1 stove, her life will change for the better. She will spend less on wood since the stove uses 50-70% less wood than cooking over an open fire. In addition, she will be able to use the LED lamp to light her home.

Masarele and the other women in her group have kindly requested a loan from the Kiva lenders in order to buy a stove.

To know more about the ACE1 stove please visit www.africancleanenergy.com or @AfricanCleanEnergy on Facebook.