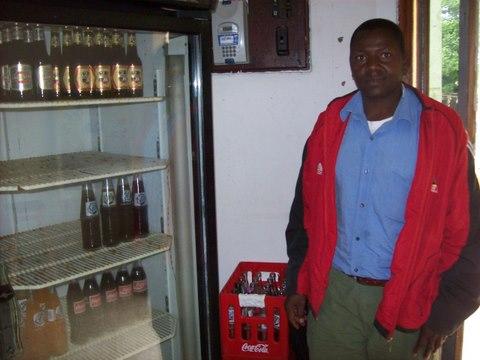 A loan helped Purchase and sale of soft drinks.

Ijairo M. was born in Panda, in the province of Inhambane. He is 35 years old, married and the father of five children aged 15, 13, 12, 11 and two years old. The four oldest children go to school. He completed professional middle school, and lives in his own house with his family and does not support any others.

He left Panda with his family in 1995 for Maputo, transferred by work. He has been a state functionary for 14 years as a teacher in the Ministry of Education, working on average eight hours per day and earning a salary of 9000 Meticais a month. He is also owner of a shop, and works with his wife selling sodas and other drinks. They manage to bring in between 10,000 and 15,000 Meticais monthly, and save something in the bank every month.

He had loans from the commercial BIM bank, and decided not to continue when he learned about Hluvuku from a friend who is a client of the organization. This is the third loan, in the amount of 25,000 Meticais, with which he intends to buy products for his shop (soft drinks, beer and wines). The previous amounts were 11,000 Meticais and 18,000 Meticais, both for the same business.

He encountered difficulties growing his business due to a lack of electricity, which obliged him to use an uneconomical gas refrigerator. But with this loan he will increase his income sufficiently, by acquiring additional products to satisfy his market.

In the future he plans to request additional loans to improve his commercial establishment and residence, and to acquire his own means of transportation.