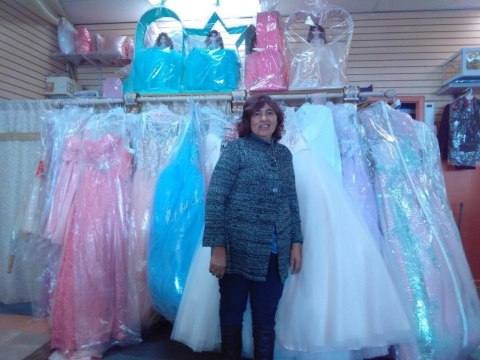 A loan helped an immigrant women to expand her business through her second Kiva loan.

I grew up in Michoacan, Mexico in a somewhat prosperous family however when I was one years old my father died and it had a major impact on our family's finances. Our family struggled and my childhood was full of poverty and hardship. After graduating from prep school, I put myself through college/university and became an accountant. I had a great job and had made enough money to buy a house at the age of 25. I came to the United States as a single woman on vacation in 1985 to visit many of my family members who had immigrated here. My family convinced me to move here and I started all over again from the bottom. I moved to Los Angeles where I met my future husband Flaviano and we began recycling cans and doing any odd jobs that we could find. We lived in a trailer and struggled to build our new lives together while raising four small children. After four years of struggle my family convinced my husband and I to move to Oakland. We continued collecting cans and my husband began picking up various things left out for recycling from more affluent people who lived in the Oakland Hills. He started selling these items at the flea market and we began building our prosperity through hard work and perseverance. We had our flea market business for 10 years. We saved our money and started our first clothing store in 1994. As our business grew we were able to purchase a taco truck in 1997 and my husband ran our second business.