Make a matched donation to Kiva!

We rely on your donations to cover our costs—and the eBay Foundation is matching today! Every dollar counts and we can’t do this without you. Why donate? —> 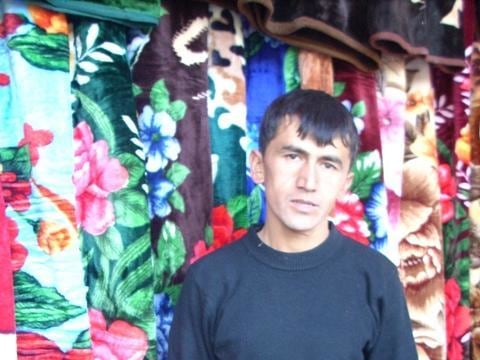 R. Abdunabi is 28 years-old and a married father of two children. Abdunabi owns a shop in which he sells blankets and counterpane (bedspreads), a business he has been running for the last six years. The income he earns allows him to feed his family. To meet his customers constantly growing demands, Abdunabi would like to increase his shop’s capacity. The profits from these sales will allow him to improve his living conditions. The loan will greatly improve Abdunabi’s income and his family's standard of living.

Tajikistan is known for its rich history, which includes a key post along the Silk Road and the end of Alexander the Great's rule. It has also produced great thinkers, philosophers, scientists and poets, including Rudaki, Avicenna, Ferdowsi, Omar Khayyam, Jomi, and Rumi. The country is home to communities that still speak the ancient Sogdian language, epic mountain passes, and a civilization that dates back to the 4th millennium BC. Today, it is a complex mixture of the Islamic faith, Soviet culture, New West culture and Central Asian traditions.

Tajikistan is also the poorest of the former Soviet republics. The civil war, which ignited soon after its independence from the U.S.S.R., further damaged an already weak economy. In addition, 93% of the country is mountainous and only 7% of the land is arable. These conditions have resulted in high levels of unemployment and have forced hundreds of thousands to seek work in other countries, mainly Russia. While the people of Tajikistan are working to improve agricultural production and the manufacturing sector, nearly two-thirds of the population still lives in abject poverty.