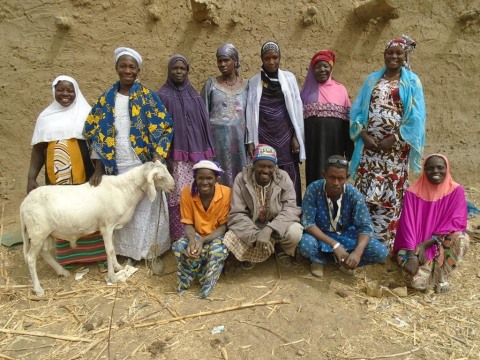 A loan helped to buy rams for resale with the aim of having money to support her family.

Fatoumata, age 31, is the woman holding the ram in the group picture. She's married and the mother of five children, including two boys. One of her children goes to school. She never went to school herself, but she manages to provide for herself and her children thanks to her business: she's been raising sheep for the past seven years. Her husband is also a merchant in addition to being a sheep breeder.

Fatoumata repaid her previous RMCR loans without problems. She's seeking a fifth loan to buy rams and millet bran. She will raise the sheep and resell them at the local central market. She hopes to turn a profit of XOF 45'000. She will use a large part of it to buy new clothes and shoes for her children. She hopes to own a herd of goats in the future.