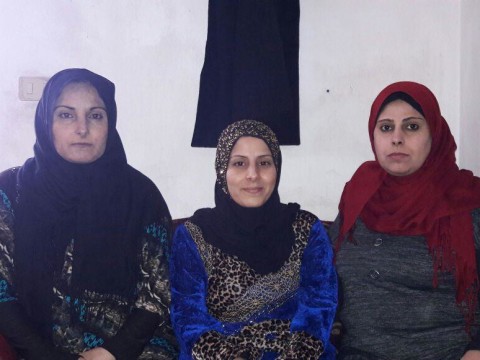 A loan helped to pay for her son's medical surgery expenses.

Iman is the featured borrower of Al Ahmad group. She is a 25-year-old married Syrian refugee living in Lebanon with her family after they were forced to flee from war and settle down in Lebanon.

Iman works as a daily laborer in agriculture. She works hard to help her husband in providing for their family which consists of her husband and three children. Iman has came along with the rest of the group members to acquire a loan from Kiva's field partner Al Majmoua to pay for her son's medical surgery expenses.

Iman hopes to improve her family's situations, both on the financial and social aspect. In the picture, Iman is in the middle, Amena is on the right and Shoaa is the lady on the left side.