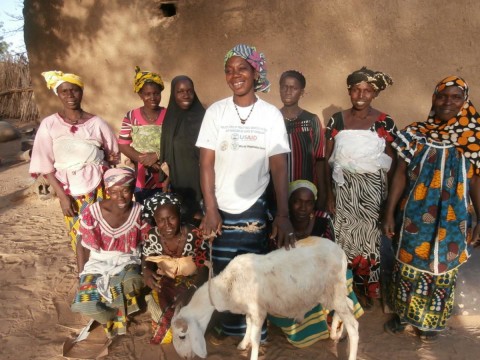 A loan helped to buy sheep to resell in order to feed her family.

Katerine is the smiling woman holding the ram's rope on the picture. She is thirty two years old, married and the mother of five children including two boys and three girls; among her children two girls and two boys go to school. She has been a breeder for many years now and her husband is a farmer. She buys her cattle from neighboring markets and resell them later at those same markets with profits reaching up to 30,000 XOF per month.
She lacks funds to increase her number of livestock and even to feed her rams properly. When selling them, the transfer of her rams is also another problem. In order to remedy all these issues, she is requesting a loan from RMCR [Kiva's partner]. It will enable her to increase the number of her livestock, to increase her profits, which will help her in turn to cover her family's expenses. She likes cattle breeding as it allows her to earn a living. She dreams of one day becoming a great breeder.