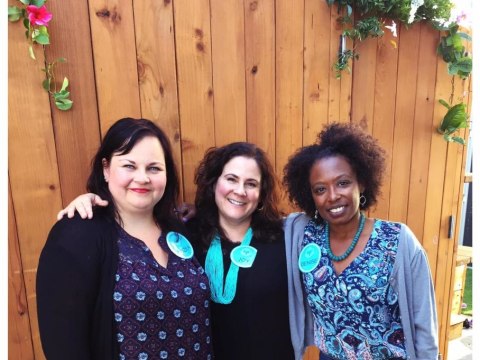 A loan helped pay for a part time Placement Specialist for the next 6 months, giving us the bandwidth to help more families and nannies, taking Nannies Plus to the next stage of growth.

I was a nanny for 25 years before founding Nannies Plus. Working with children and families is my gift, and my career as a nanny was rewarding in a way that I can only describe as soulful. It filled me up every day to know that I made a positive and lasting impact on the lives of children and their number one caregivers, their parents. Then something happened. I wasn’t filled up in my work anymore. I was depleted and unhappy. I’d had two nanny positions in a row in which I did not feel valued or heard. I was not a member of the family team. I was just being paid to do a job. This was after many years as a nanny, and at the top of my field! I was placed in those positions by agencies that seemed to have no real interest in supporting me in finding my best fit; my “forever family”. I looked good on paper, and that was good enough for them. Like most nannies, I was coming from a place of scarcity. I had just moved back to the Bay Area from Seattle and the money was great. I needed that paycheck. But I was so unhappy. My unhappiness translated to the work, and that was tragic. That was when the ah-ha moment came. I had to BE THE CHANGE. The moment became an idea, that became action. I shifted my mindset so that I could help people in a new way, and Nannies Plus was born.