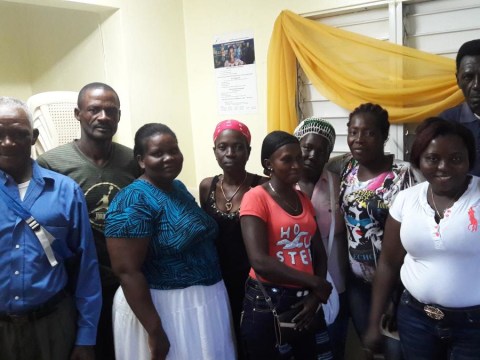 Cristo Vive 3,4 Group's loan finished fundraising, but these other borrowers need your support

A loan helped to buy bread, juices, snacks, and sweets, among other items, to develop her business.

Felicia is a woman of 39 years of age. She is a single mother who lives with her children in a sugar workers' town of La Romana, a province of the Dominican Republic. The principal agricultural activity [there] is the production of sugar cane, followed by cattle raising, for milk as well as for meat.

There is strong tourist activity, especially on the island of Saona, followed in importance by the city of La Romana, Altos de Chavón, the island of Catalina, and Cumayasa. It is there where the sugar workers' towns that surround the cane plantings are found, with very impoverished houses distant from the city and its comforts.

Felicia supports herself with a business of selling cooked foods in the places where cane is cut. This is the custom in the sugar workers' towns when the sugar is harvested. They bring the food in big pots, making their sales among the workers. This business has allowed her to send her children to school. After having access to credit, she sells more variety and guarantees her sales position among other women with the same business. Her greatest challenge is the shutting down of the harvest (cutting cane).

Felicia needs your support for the purchase of snacks, juices, and raw foods for the food that she sells in the sugar workers' towns, for the development of her business.

The group "Cristo Vive 3, 4" thanks you for your support of their economic development.