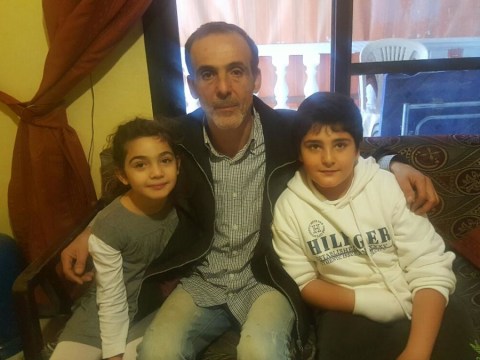 Saad's loan finished fundraising, but these other borrowers need your support

A loan helped to pay for his two kids' school tuition fees.

Saad is a 57-year-old married Lebanese man. Being a father of five children, Saad never had enough time to think about himself. He has always put his children as the first priority and he works hard to keep them satisfied and happy.

Saad works in a chocolate factory. He has been working in the same place for about 13 years. In his childhood, Saad didn't get the chance to go to school. He was forced to drop his classes to start working to provide for his family and cover their basic expenses due to harsh economic and financial conditions. However, Saad has been fighting for his children's right to education. And today, he is acquiring a loan from Kiva's field partner Al Majmoua to pay for his two kids' school tuition fees.

In the picture, you can see his daughter Nour in grade three and his son Omar in grade five.