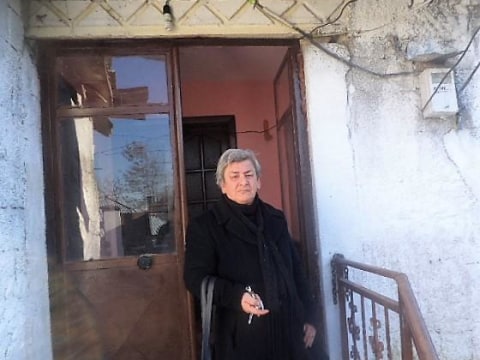 A loan helped to insulate the leaking roof of her small son's house, where she is living together with his family.

Donika used to live with her big granddaughter, the daughter of her big son, who ended his life voluntarily due to financial struggles; but since she went to live with her mother this summer, Donika is now living with her second son and his family.

Their only incomes are Donika's retirement pension and her daughter-in-law's salary of $200/month, which is never enough until the end of the month. Donika is asking for your support to buy materials to insulate the leaking roof, because her son can do the job. She plans to pay the loan with her retirement pension.