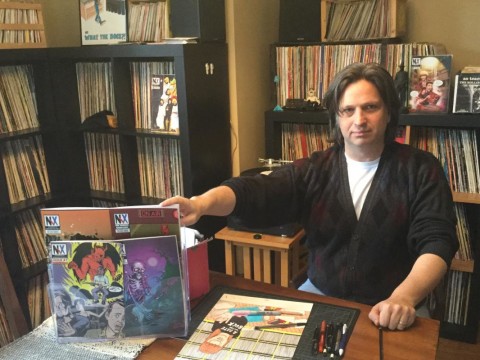 A loan helped A Kiva loan helps me market Nix Comics, grow my subscriber base and pay creators for their contributions.

A true American mutt, I was born in Livermoore, California to two Texan parents and spent most of my pre-teen and teenage years in New York state. I think it would be fair to say that I was a pretty weird kid whose best friends were often comic book characters and the oldies radio station DJs. I know that sounds a little sad and lonely, but I once interviewed the singer Mojo Nixon, who stated that he admired Jello Biafra of the Dead Kennedys for figuring out how to make being "that weird kid" a foundation on an phenomenal artistic career. While I hadn't put it into words yet, that was exactly what I wanted to do for myself. It may sound a little corny, but I also want to be a champion for other weird lonely kids who wanted to find a place or a voice. I feel like the successes I have had with Nix Comics are successes in that corny quest!