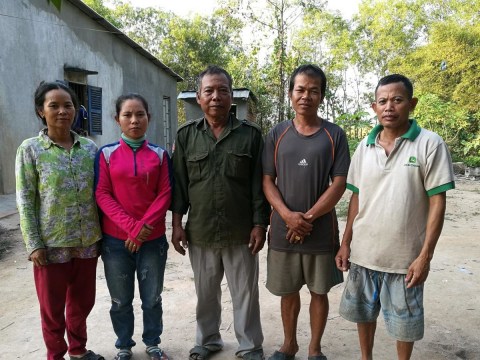 Noeun Group's loan finished fundraising, but these other borrowers need your support

A loan helped to purchase compost and gas for her rice farming.

Noeun, 46, is living with his wife and two children in a village in Svay Reang province of Cambodia. He has been cultivating rice to make a profit since 1980, while his wife is a garment factory worker. And the family income is also aided by one of his children who is a garment factory worker. This family's income is around 8US$ per day. Noeun appears first on the right in the photo, representing this group of five members asking for a loan with Kredit. He is going to use his share of the loan to purchase compost and gas for his rice farming. He sees that these purchases will help him to boost his rice output and increase his family profits.