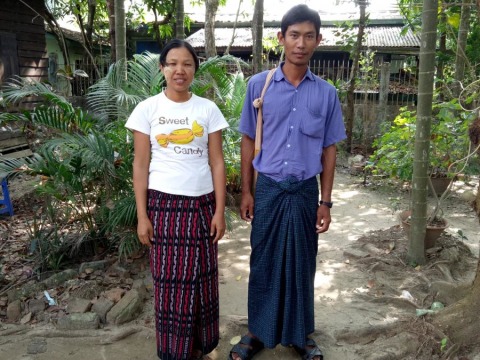 Wah Wah's Group's loan finished fundraising, but these other borrowers need your support

A loan helped to purchase fertilizer for her farm and to pay labor costs for harvesting.

Wah Wah is a 31-year-old farmer, the featured borrower of this group. She and her husband live with her parents in a village in the Dala Township. She has been doing paddy (rice) farming for 15 years with her own investment.

Now, farming (paddy rice growing) is the primary business for Wah Wah’s family and she is happy to be a farmer. She chooses farming as the way of living, her expertise is well regarded. She is asking for a loan for harvesting expenses, to pay labor costs and to purchase fertilizer for her farm.

Wah Wah uses her income for family expenses, especially medical expenses for her parents. She actively participates in social and religious affairs in her village.

She wishes to say thanks to lenders.