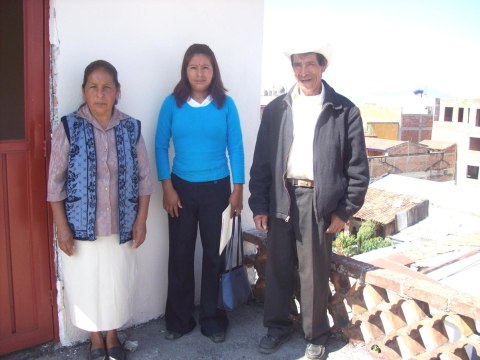 A loan helped To open a beauty salon.

Leydi lives in the Indian community of Crescencio Morales in the municipality of Zitacuaro, Michoacán. This is a small town steeped in ancestral traditions and customs.

Leydi is 25 years old and is a young person accustomed to working hard in order to achieve her goals. For two years, she studied to become a hairstylist. In order to pursue her course work, Leydi had to awaken at 5:00 in the morning to bring guavas, wildflowers, mushrooms and churros to Zitacuaro to sell from very early in the day at some of the open air markets in the town. In the afternoons, she worked in a café that is located outside the institute where she studied.

Now, her greatest wish is to have the basic products necessary in order to start a hair styling business in her community. She wants to begin with a simple establishment where she can cut hair, provide hairdos, and repair nails and where people interested in this service, primarily young people who attend school, can get their hair cut in the community.

Leydi is an independent young woman accustomed to looking after herself because, when she was very small, her parents left her under the care of her grandparents, who were already very old, and now she has the responsibility of caring for them. Her greatest dream is to have her salon where she can offer her services to the community and from which she can obtain income in order to support herself and her grandparents.