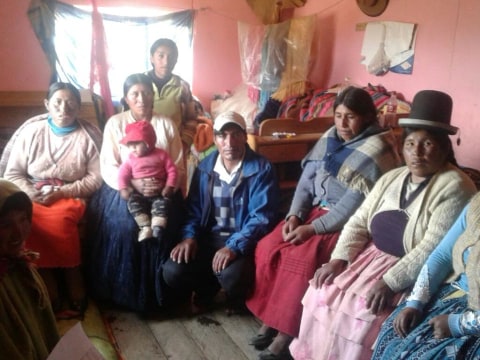 The communal bank Rosas y Estrellas [Roses and Stars] will begin the third cycle in Pro Mujer as part of the Copacabana Community Center. It is made up of eight members and is run by a board of directors, and Paullina is the president.

The loan that they will now receive will benefit small businesswomen, and Paullina is one of them. She currently has a business of selling cheese. She says that she learned this business on her own initiative several years ago.

The loan that Paullina will now receive will be an increase of capital for the purchase of cattle that she will acquire from the wholesalers in the city of La Paz. After raising them, they will serve as a means of production. This type of work allows her to generate resources to support her family financially since she is single and has four children.