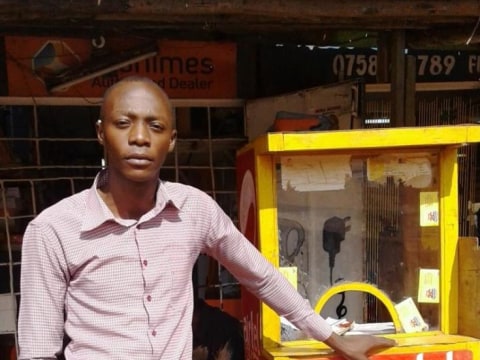 Matia's loan finished fundraising, but these other borrowers need your support

A loan helped to increase his mobile money float.

Matia, aged 25 years, is a single father of one child who goes to school. He operates a mobile money business in Mpigi town, a business he has done for over four years. He has successfully managed to open up another mobile money outlet and also started selling phones. However, this cost him a great deal of money, which left him with low working capital. This has affected his monthly commission because the number of transactions he works on is limited. Matia has approached UGAFODE for a loan of UGX 1,800,000 to increase his float. He is sure that with enough float, his daily transactions will increase, thus increasing his monthly commission, which will better his financial status. He appreciates the funders because it will boost his business which will provide him with the funds to look after his child.