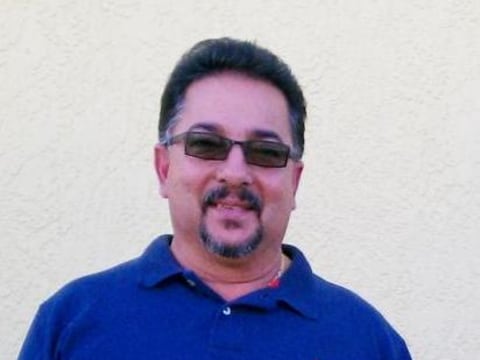 A loan helped to pay for a hurricane shutters to help protect Juan and his family during severe storms.

Juan is a disabled U.S. Army Veteran and a devoted husband and father. He currently works full-time to provide for his wife and children to ensure a better future for them.

Juan and his family have had some significant setbacks within the past few years, when his wife and daughter both experienced medical issues, which caused a major financial burden on the family. Juan did his best to provide for his family and ensured that they received the medical care that they needed; however, being the only income-earner meant that despite his best efforts, the family fell behind financially and were unable to cover their living expenses. This forced Juan into bankruptcy, which severely damaged his credit.

Juan has since paid off his debt, and is diligently working to re-establish his credit history. Due to his past bankruptcy, Juan has been unable to obtain traditional financing to make much-needed repairs to his family home.

Juan originally came to SELF in 2015 and financed an air conditioner, which was the first upgrade to his home. He made timely payments to SELF on his loan and improved his credit score in the process. Juan has now come back to SELF in hopes of financing the installation of hurricane shutters. Juan experienced difficulty protecting his home from Hurricane Irma, and the new hurricane shutters will help protect his home and family from future storms and hurricanes.