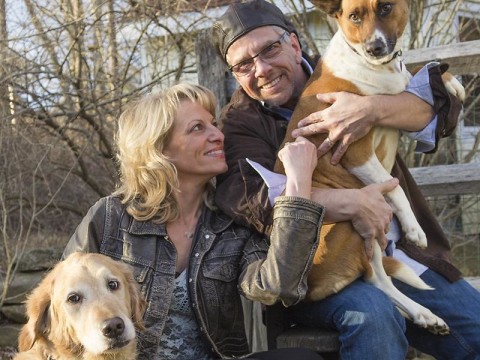 Amanda & Anthony's loan finished fundraising, but these other borrowers need your support

A loan helped us to fund increased production plus new advertising and marketing programs to grow our business to the next level.

Amanda and Anthony Bennie are the founding couple of Clear Conscience Pet. They met through their work in healthy pet nutrition, and both are 20 year-plus veterans of the industry. Amanda co-managed one of the first ever health food stores for pets starting in the 1990’s, Earth Animal, in Connecticut. She helped to bring the benefits of natural pet food and holistic pet care to thousands of pet guardians by counseling them on how to “go natural.” Anthony was a sales rep in the human food business when he got his first dog, Carly. She was a beautiful Chow Chow who developed a severe digestive illness when she was a puppy. Determined to make her healthy, Anthony studied dog nutrition at a local veterinary school library. Carly got well and lived for over 15 years, and Anthony left his job to start a new career in the pet food business. He started a pet food and supplies firm called PetReps, Inc., which helped to build the first nationally successful natural pet food brands in the mid-1990s. The Bennies faced a major crossroads in their lives and careers in 2009. The brand that they had helped to build was negotiating to sell out to a huge corporation. Forced to choose between “going corporate” or taking the huge risk to start over, they made the tough choice to walk away despite having two children and being offered greater financial security. They followed their dream to create Clear Conscience Pet, a company that would set new standards of purity and transparency in the pet nutrition industry. Without any outside funding except their first Kiva loan, Amanda and Anthony have bootstrapped Clear Conscience Pet into a growing innovator brand that has earned the trust of consumers and brought JOY to thousands of dogs.