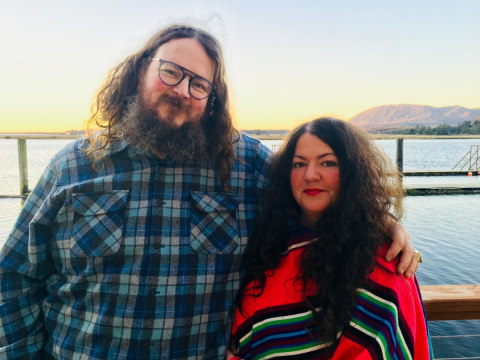 Chantelle is a connector. Whether as a young news journalist gathering people's stories, a concert producer bringing underground music to a broader audience and growing legendary music scenes in Portland and New York City, or as an entrepreneur making shortbread with ingredients grown in the Pacific Northwest, she has always been guided by a love of bringing people together. As senior talent buyer at the legendary Knitting Factory in New York City, she oversaw annual revenue of $1 million while supporting and nurturing a thriving music scene. She is the co-founder of the Halleluwah Festival of Enthused Arts; Brooklyn, New York's Northside Festival; and the Portland Folk Festival. Each festival brought hundreds of bands to multiple venues over multiple days and showcased international bands and artists. She brings her skills as an entrepreneur as well as a solid and extensive mentor base to the Salmonberry Saloon. Patrick has dedicated his life to making groundbreaking art and mentoring young artists through his successful Portland art gallery and as director of his free summer art school for up and coming international artists. As a professor of contemporary art at Portland State University, Marylhurst University and Detroit's top-rated Cranbrook Academy of Art, and as a gallerist, he has overseen institutional and independent gallery and educational program budgets for more than a decade. His large network of peers and mentors include educators, entrepreneurs, artists and community connectors. His and his family's dream of owning and operating a food establishment and community gathering place has finally come to fruition, and with Chantelle's complementary skills and talents, the sky's the limit. Patrick and Chantelle have the support of friends and family with financial backing during startup and the lean winter months, to supplement this Kiva loan if the need should arise.