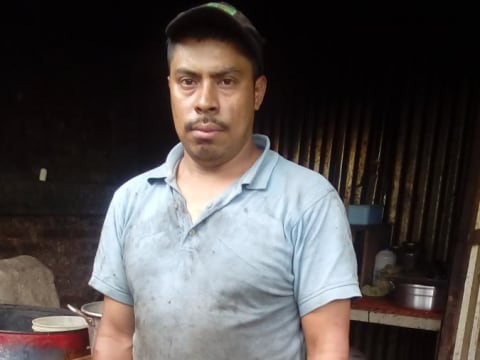 A loan helped to buy cement, blocks, pipes, a toilet, a sink, tiles and rebar.

Edwin is a hardworking, responsible, honest man who works hard to move forward with his three children and his wife, who is his main source of support. He has managed to get ahead thanks to his arduous labor as a mechanic and auto parts dealer. He has already worked with Kiva and MiCredito, and thanks to his first sanitation loan, he succeeded in building a bathroom in his house. This has positively impacted the lives of his wife and children.

He has requested a new sanitation loan with plans to build a second bathroom because he wants to offer good service to his customers. He plans to buy cement, blocks, pipes, a toilet, a sink, tiles and rebar. In the future, he would like to make structural improvements to his home.