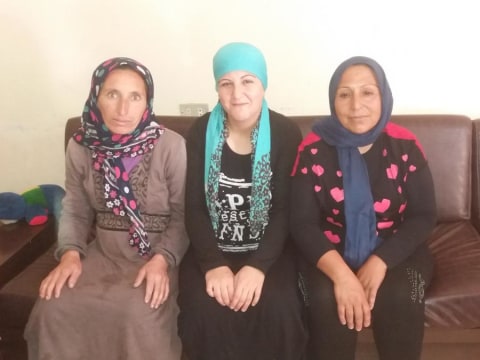 A loan helped to buy a cow and raise it to produce dairy and sell it for business.

Nazo is the featured borrower of Silva group. She came along with the rest of the group members because they trust each other and have known each other for too long. Nazo is a 40-year-old married Syrian refugee who lives in Lebanon. Nazo is a mother of two children. Despite not being able to learn during her childhood, Nazo is teaching her children and sending them to school. Nazo raises cattle and works as a domestic worker to provide for her family and to help her husband to cover the expenses of their two kids. Nazo is acquiring this loan from Kiva's field partner to buy a cow and raise it to produce dairy and sell it for business. Nazo dreams of returning to Syria and increasing her income.